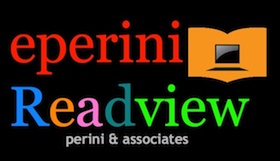 Recommendations: Worth reading or viewing

Occasionally, I will recommend a  news article, book, blog post or a short video clip to view. This “eperini Readview” references the USA TODAY report about emergency alerts on cellphones — mbp

Consumers will get emergency alerts for hurricanes, tornadoes and other disasters on their cellphones as part of a new alert network to be announced Tuesday by the Federal Communications Commission.

The Personal Localized Alerting Network (PLAN) will allow emergency officials to send geographically targeted text messages to cellphones in areas where danger threatens. “The traditional alerts on radio and TV are still important, and they will continue, but more and more, mobile devices are becoming essential. You have them with you,” says FCC Chairman Julius Genachowski. “In the event of a major disaster, government authorities can get lifesaving information to you quickly.”

Tuesday, at the World Trade Center site in New York, Genachowski, New York Mayor Michael Bloomberg and Federal Emergency Management Agency Administrator W. Craig Fugate will announce that New York will have the free PLAN service operational by year’s end. Officials also expect to have Washington, D.C., on board by then. Four cellular providers — AT&T, Sprint, T-Mobile and Verizon —have collaborated to voluntarily initiate the service prior to an April 2012 deadline for PLAN enaction throughout the nation. Officials hope to include the entire metropolitan area of the two cities.

Some current cellphones, including some iPhones and some Android phones, already have the circuitry required to receive PLAN alerts. The iPhones that have the capacity to get alerts, says AT&T’s Robert Quinn, will require software modifications. New AT&T phones due out in October will be PLAN-ready.

The FCC’s website will have a list of carriers participating in the network, but consumers will need to ask their wireless provider if their current phone has the required chip that can get a software upgrade to activate the services. Carriers eventually will be required to tell consumers at retail whether phones are PLAN-enabled.

Consumers are automatically signed up for alerts, but they can opt out of alerts relating to imminent threats to life and safety and Amber Alerts. However, they cannot opt out of presidential alerts. “Think about the South a couple of weeks ago,” Genachowski says. You could alert “a particular local community that the tornado’s path has changed: ‘It’s coming to your community. Evacuate.’ Or, ‘The tornado is much stronger than previously anticipated. Take action.’ It’s very important.”

Before or during an emergency or terrorist threat, the alerts will be initiated by local, state or government agencies. Once FEMA and PLAN have ensured that an alert is valid, it will be forwarded to wireless providers, which will relay the message to consumers.

In an FCC hearing last week, FEMA’s Fugate noted that Japan has a similar cellphone warning system that helped prevent casualties during the March earthquake and tsunami. “We saw in Japan,” he said, that an alert sent 15 to 30 seconds in advance of a disaster “can save lives.”